This is what many of us have been waiting for.

Writes Hilgers: “All so often I run into discussions of what is an eSports game and what is not, aswell as which games in eSports really matter. Over time I developed my own set of criteria which defined eSports games and there relevance and started using this approach in discussions and presentations. I have now mapped it out in a chart published on my blog. As always: This is certainly not the ultimately best way to look at it, but it certainly feels like a pretty good way to qualify the eSports Games Landscape. Please feel free to share your critic and feedback!”

Ok, will do. Here’s the chart: 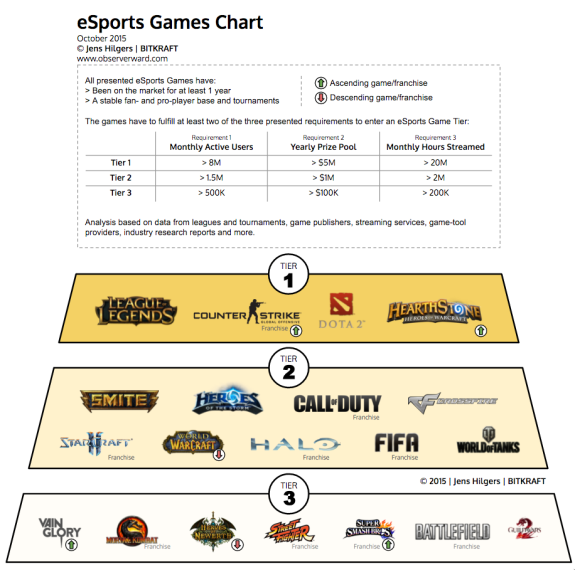 Here are our thoughts: